If you don’t like reading here’s a VLOG you can refer to.

Does your MA only practice for prepared confrontations, where both fighters are prepared? Or do you practice for unprepared situations?

The history of MA coming from antiquity seems to have come from the noble notion of the duel, be it empty hand or weapons based. Even the school yard often has this kind of fighting so it’s ok to prepare for that. Even the escalating fight is similar. You often have time to sort of know it’s going to go down and the better you get at reading physical and emotional signals of conflict the more time you’ll get to prepare. That can make those systems that focus on dueling practical and sufficient in many cases.

However, ambushes, close confrontation, and group ambush can take away most of your “dueling” tools and options.

There are ambush situations which are the shittiest, because the fight already started before you even realize that it is started. There are altercations in which you have plenty of time to deploy a weapon (knife, collapsible baton, gas gun, chair, etc.). There are duels, where people decide on a not-so-friendly exchange to “prove their points”. And there are those fights that you simply have little to no warning they are going to happen. Increasingly, imo, the notion of prepared altercations is fading. More and more we see blind ambushes, mass attacks, etc. They are becoming more commonplace bc they are generally more successful. The person who attacks via ambush generally has the advantage right? So why confront if you can win without much of the danger that comes from an agreed fight?

So ask yourself in your training do you deal strictly with prepared fight situations? People make a big deal out of dueling with weapons, particularly as a con against FMA but that process was born out of battle. And battle is a prepared fight situation in most cases. The average person walking down the street may or may not have time to prepare. Some of this comes down to situational awareness and recognition. We can be totally aware of our surroundings but unable to recognize what we haven’t encountered previously. That’s a big thing. It makes a big difference in moving from unprepared confrontation to prepared confrontation.

In PSP, we still need to improve in this regard, imo. I think we have facets of unprepared training but it’s not as extensive as it should be or will be. One thing we do focus on is utilizing a transitional starting point as our basis. It’s a position of physical neutrality but not a position of lack of awareness. Another facet which we try to develop is the recovery point. For us, we refer to these as set points. These are reference points we can move to in order to help us regain composure and engage.

In the great game of “what if” I’ve had people ask what you do against an ambush? Generally speaking the answer is that you get hit. It’s mostly what you do AFTER that and how quickly you emotionally/mentally move from unaware to aware and engaged. 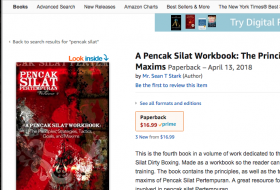 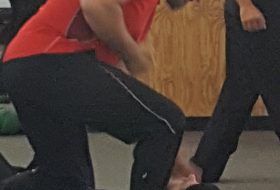 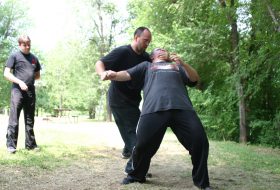 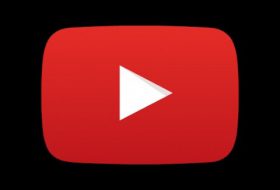 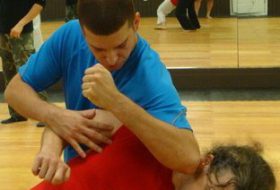 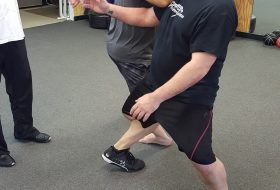